Laravel or Yii: A Brief Overview of the Best PHP Frameworks 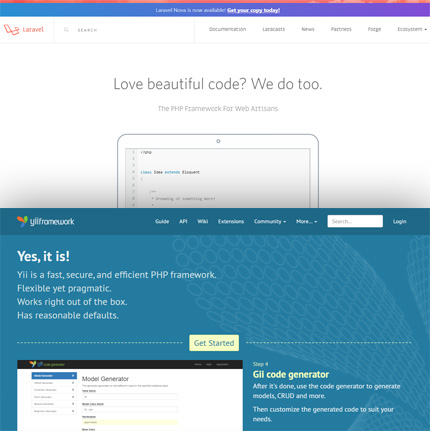 There is hardly any other language that is both well-loved and widely hated like PHP. And while this blog has discussed and used PHP in the past, today, with the help of one of our readers who wrote this article, we would like to discuss it more and focus on two frameworks, Laravel and Yii.

We’ll compare them and try to understand which one is better, so if and when you’ll need a PHP coder for one of your future projects, after reading this article we hope it will be easier for you to decide if it’s better to hire a Laravel developer or a Yii developer.

Being one of the most popular programming languages, PHP offers great solutions for server-side development. If we had to list the top five reasons for that, here is how the list would look like:

2. Why and How To Choose a PHP Framework?

There are numerous popular web frameworks that allow a developer to both decrease the development time and improve the orderliness of maintenance due to specifics of the framework. The main reasons to choose a framework are:

And while virtually any task can be performed in raw PHP, frameworks make the process so much easier.

While choosing the framework, one has to answer a set of questions to define which one will work best.

According to recent statistics, there several leaders among PHP frameworks: 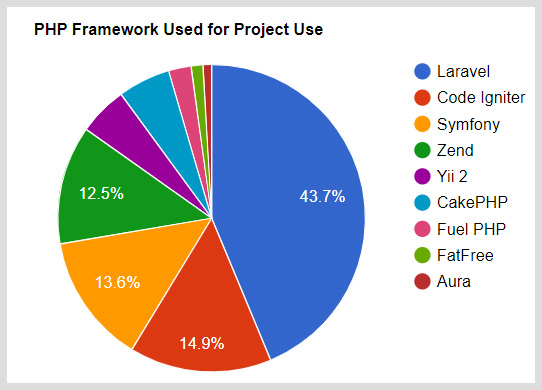 However, today we’ll compare two PHP frameworks and see which is better: Yii or Laravel.

This framework was developed in 2011. Being an open-source framework, Laravel gathered much attention and affection due to its simplicity and flexibility, along with a long list of useful features. Following a model-view-controller design pattern, Laravel makes possible creating a well-structured and efficient application. Among the benefits of Laravel we can find:

Following the same design pattern (model-view-controller), Yii is great for the development of modern web applications, as well as complex projects that require extensive caching (forums and discussion boards, CMS, e-commerce websites, etc.). In other words, Yii provides a great interface for the database(s). The benefits of Yii include:

Similarities between Laravel and Yii

Before we move to what separates these two, let us mention the similarities. Both frameworks support numerous testing tools, offer debugging options and work well in terms of security. Both Laravel and Yii offer a great number of extensions to choose from.

With the variety of available programming languages that can be used in web development, it seems to be impossible to say what framework or language might be better. What we can say, is how popular it really is.

According to the recent data, there are over 1 million websites that either used or are currently using Laravel (or used services of a Laravel development company). Though, there has been a decrease in the number of active websites.

If you browse the list of websites running on Laravel, you will see that a great number of them represent Technology and computing, Business, Entertainment and Science sectors.

It is simple and flexible at the same time. Blade is used to handle page rendering, allowing you to use PHP code in your views. The best Blade’s feature is loop directives which makes presentation layer a powerful tool in the hands of a Laravel developer.

Yii supports raw PHP as a basic templating option, however, it does not mean you cannot use any third party templating systems. Some of the most common choices are Twig or Smarty (especially if the programmer or development team has used Symphony before). The lack of a predefined templating is a definite benefit here.

The installation process is simple for both frameworks. While Yii provides you with a basic template of a web application upon installation, Laravel will give you a choice: either to use Laravel Installer or utilize Composer create-project.

This is a tricky question, as it is only critical for applications running in real time and processing critical data.

Both frameworks support Microsoft BI, MySQL and SQLite, MongoDB and PostgreSQL. The only difference is that Laravel supports Redis, while Oracle is supported by Yii.

Laravel has its own platform which is the best choice for the production environment. Yii doesn’t have it’s own platform so the price will depend on the hosting or cloud provider. Prices for development do not differ that much, as you can hire a Laravel or Yii developer for a similar price.

While having so much in common, there is a significant difference in the community of developers. According to the recent surveys, the number of developers working with Laravel is bigger, comparing to Yii. It means that more issues were addressed and more solutions found which makes the life of a Laravel developer easier.

However, it seems like Yii offers a better structured (at least for beginners) documentation.

It also seems like there is a geographical correlation between the region and use of frameworks. According to this source, Laravel is more popular, as it covers the United States, Brazil, United Kingdom, China, and many other countries.

Whereas, Yii Framework is popular in Russia, Ukraine, Kazakhstan, Belarus, and 29 other countries. 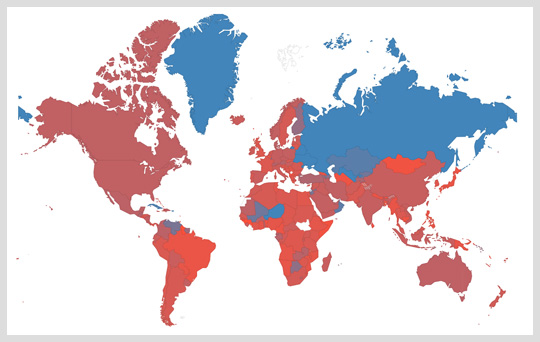 As you can see, there isn’t a big difference between these two frameworks. However, it seems like now the debate about the best PHP framework for web development leans towards Laravel.

Subscribe to the Azmind Newsletter and I’ll update you as soon as I release a new WordPress Theme, Bootstrap Template, Tutorial or other Freebie:

Subscribe to the Azmind Newsletter and I’ll update you when I release a new Template, Tutorial or Freebie:

By subscribing you also get this Bootstrap template and other resources: